The patient is a 68 year old ex smoker with a diagnosis of Idiopathic Pulmonary Fibrosis.
Previous coronary artery bypass graft surgery.
He now presents with shortness of breath (SOB) and cough.

The presence of centrilobular and paraseptal emphysema in the upper zones of the lungs, as demonstrated in figures 1 and 2, is in keeping with a prolonged smoking history and is described as chronic obstructive airways disease (COAD).

Emphysema is a form of chronic lung disease where the delicate lining of the air spaces in the lungs become damaged beyond repair. As the fragile tissue between the air spaces are destroyed, air pockets develope. There is trapping of air in these spaces on expiration.

Most commonly the toxins in cigarette smoke create the damage which evolves slowly over years.

Figures 3 and 4 demonstrate a different process involving the lung bases posteriorly predominantly. The large air filled spaces of emphysema are no longer appreciated.

There are now rows of thick-walled cystic spaces called honeycombing with fibrosis and traction bronchiectasis which distortes the lung parenchyma.

This is in keeping with the diagnosis of Idiopathic Pulmonary Fibrosis (IPF) if no cause is found or UIP if there is a background medical condition.

These disease processes involve the lung interstium which is the tissue between the air spaces in the lung.

Characteristic findings on high resolution CT is subpleural honeycombing and fibrosis involving the lung bases more, in a symmetrical distribution.

There are structural changes with traction bronchiectasis.

Patients with CPFE have characteristic findings on lung function tests, characteristic imaging features as described above and demonstrated on the images and have a high probability of severe pulmonary hypertension (PH).

PH is high blood pressure that occurs in the lungs. Normal pulmonary artery pressure is 14 mmHg. When it gets to 25 mmHg or greater it is termed pulmonary hypertension.

Patients with either COAD or IFP or a combination of the 2 disease processes are susceptible to developing PH. As the right side of the heart now has to pump harder against the increased pressure, the chamber enlarges and eventually fails. The result is less blood circulates through the lungs to pick up oxygen.

Resultant symptoms include fatigue, dizziness and shortness of breath. 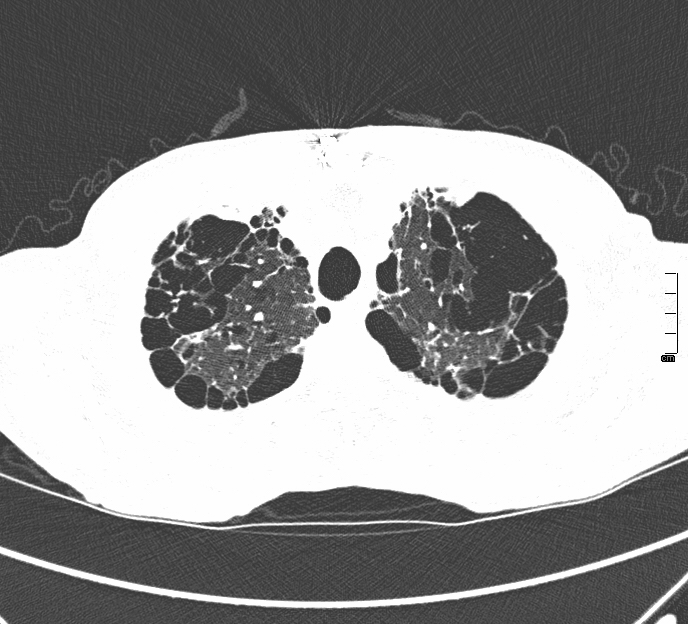 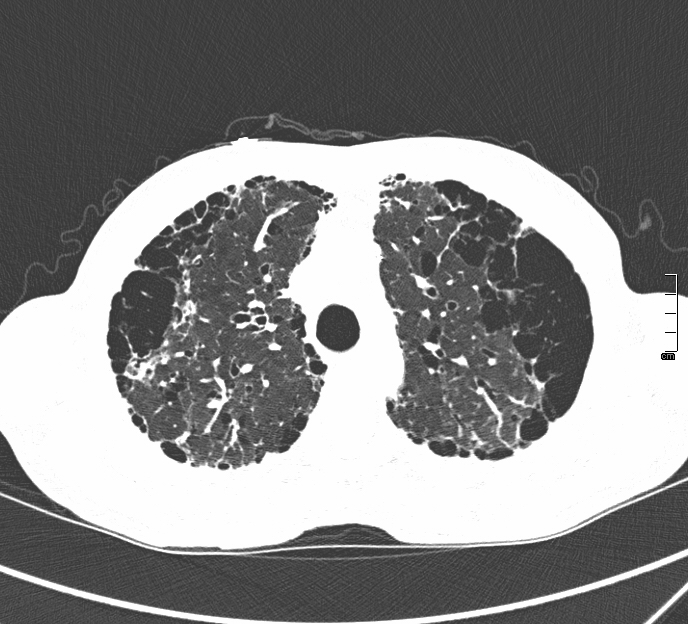 There are several smaller air-filled spaces within the residual lung tissue which are referred to as centrilobular emphysema. 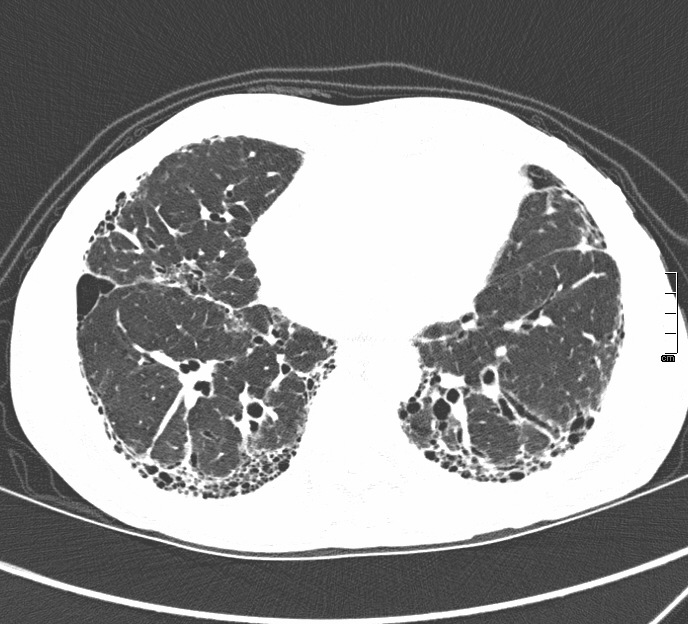 Figure 3: immediately below the edge of the lung there are layers of thick-walled cysts known as honeycombing.

There are also structural changes as a result of associated fibrosis with thick-walled dilated airways known as traction bronchiectasis.

This is in the midzone of the lung with normal lung tissue in between. 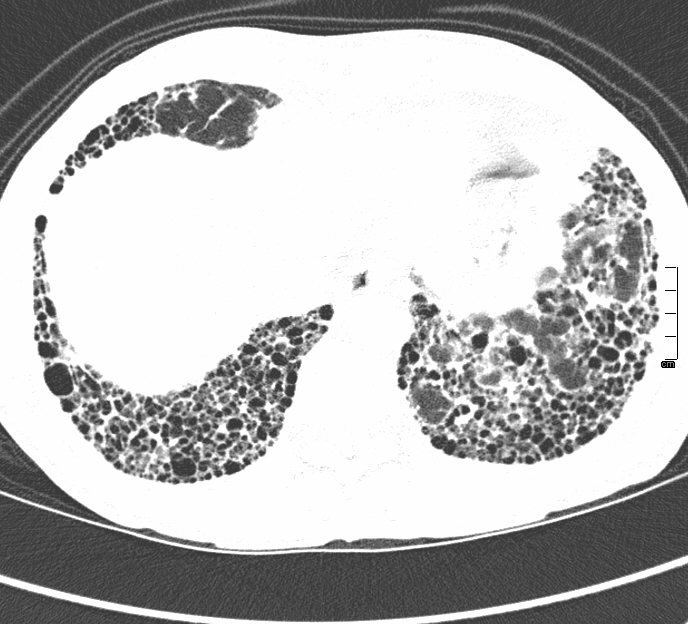