Despite surgical treatment remaining the gold standard for the excision of tumours, thermal ablation recently emerged as an excellent alternative for the treatment of selected primary and secondary malignant lesions of the lungs. The best candidates are the patients who are not fit for or not willing to have the extensive surgery required to excise malignant tumours. The benefits of radiofrequency lung ablation include lower incidents of complications, relatively quick recovery time and lower cost.

After the primary tumour was managed, a liver metastasis was removed in 2013 and a lung metastasis (RLL) resected in November 2014. The histology of all the lesions was moderately differentiated colonic adenocarcinoma.

On the follow up CT chest in May 2015, two new lesions were diagnosed in the lungs (7mm in the RLL and 5mm in the LLL) and they were referred for the ablation treatment.

The procedure was done under GA. The ablation time was about 13-14 min altogether (first with the temperature setting at 90C and then 100C).

There were no immediate complications and the follow-up CT performed after 24 hours showed a well formed demarcation zone with pleural reaction and inflammatory response of the adjacent lung. Pneumothorax was minimal and did not necessitate tube insertion.

The patient tolerated the procedure well and was discharged the following day almost pain free.

The ablation of the second lesion is planned in a month time. 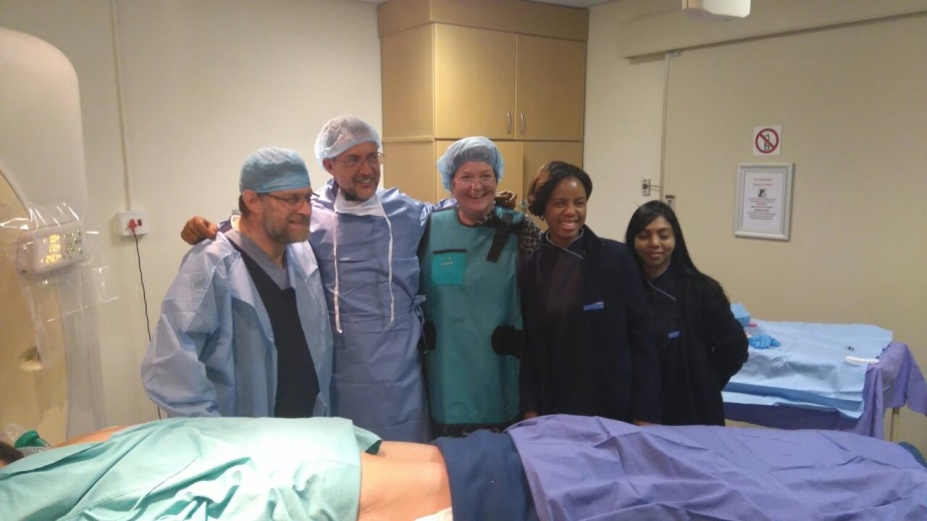 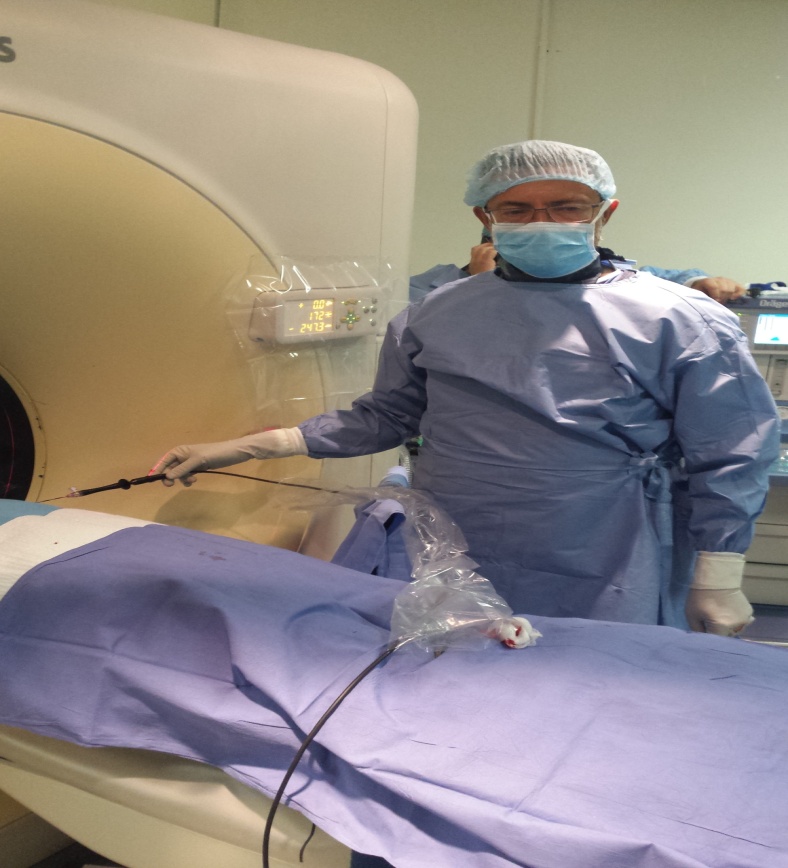 Dr Stanojevic busy with the procedure 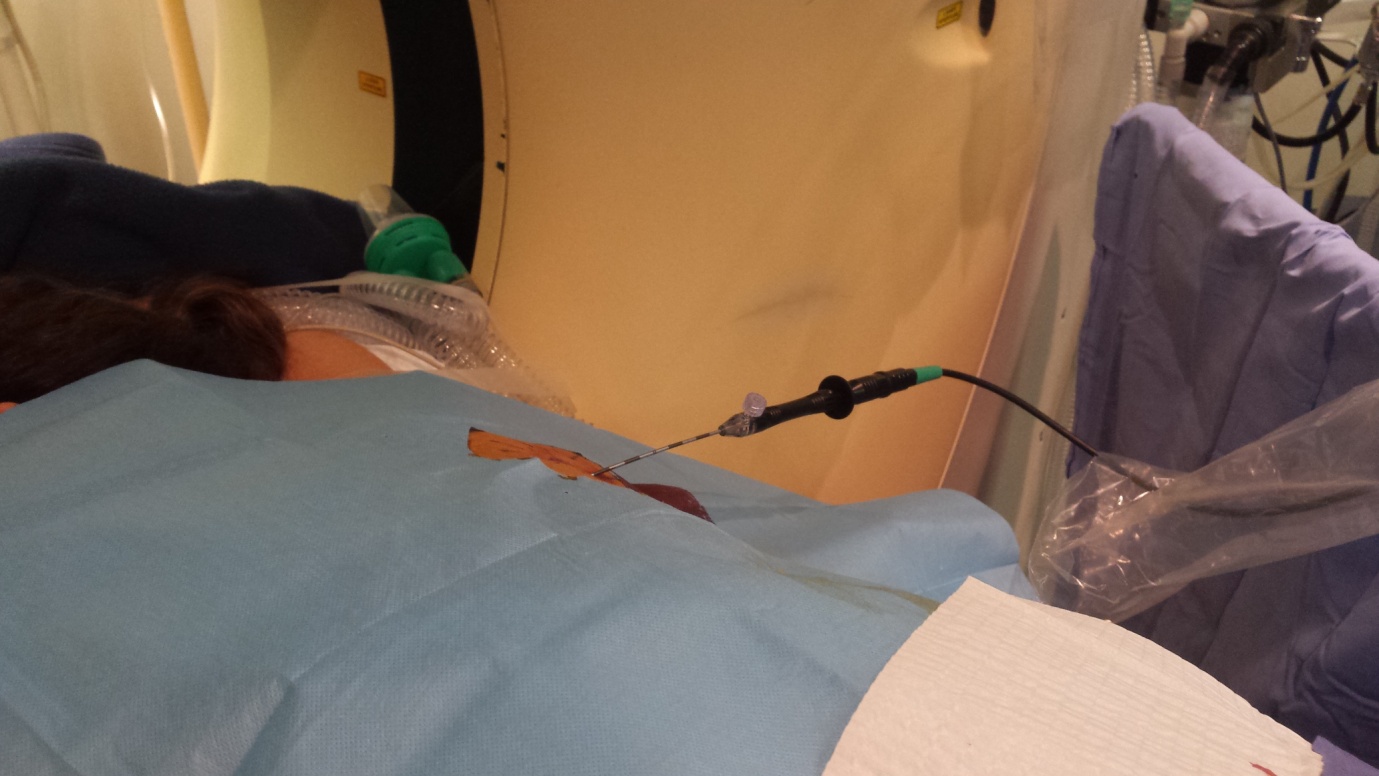 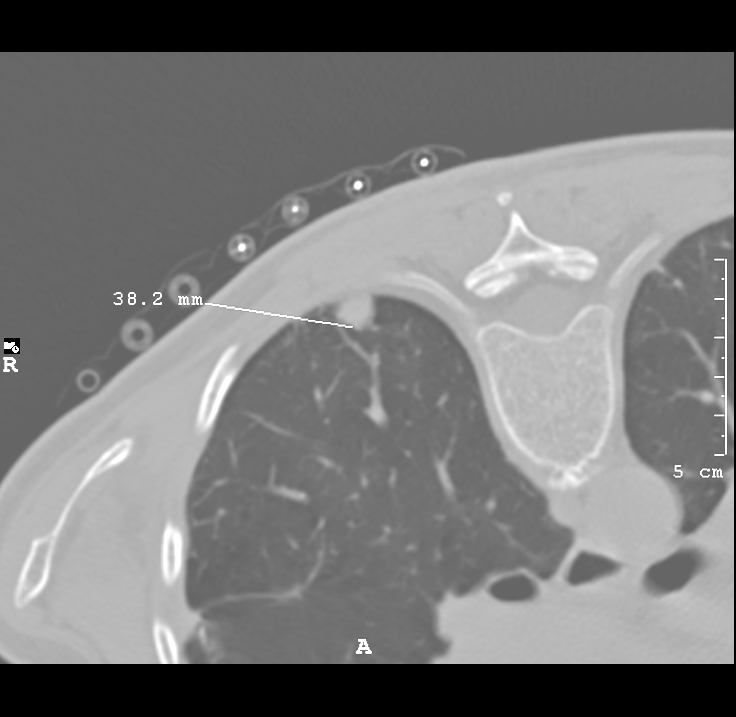 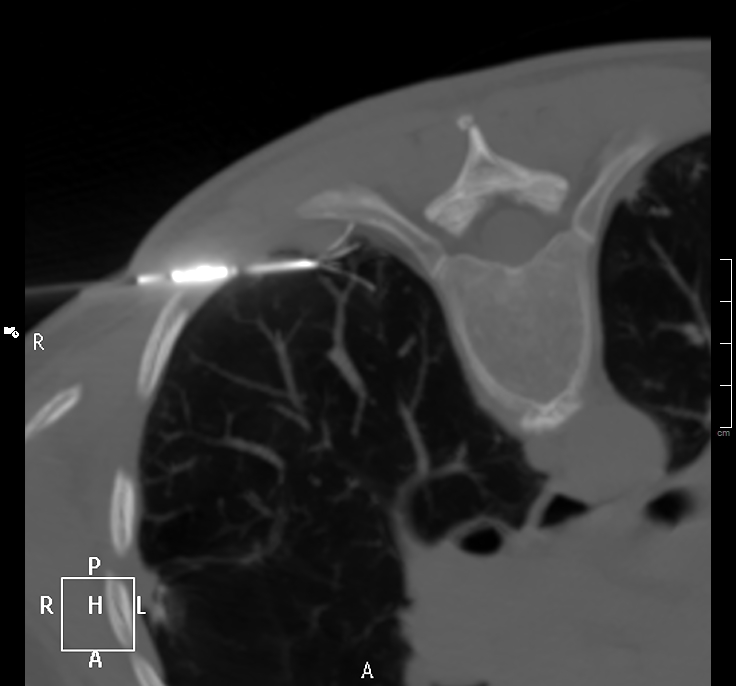 001 RFA Probe in the lesion 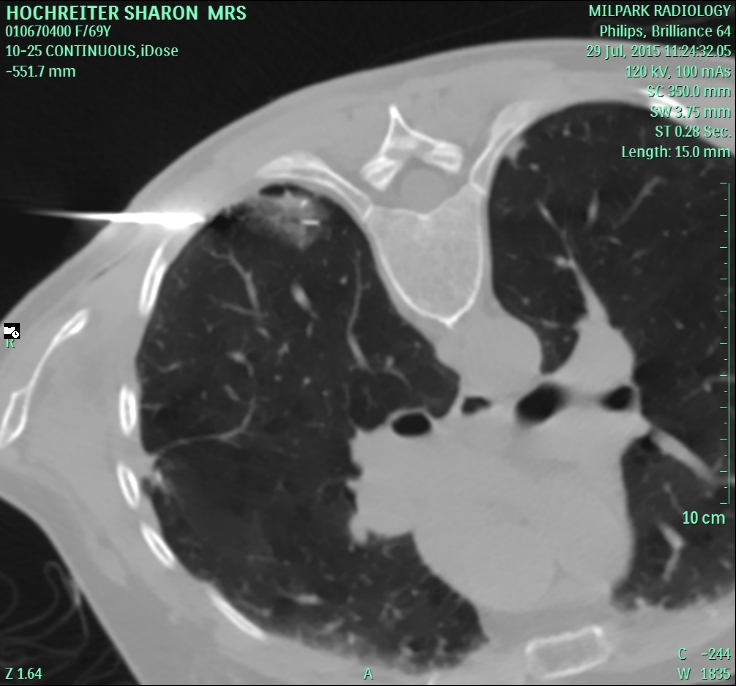 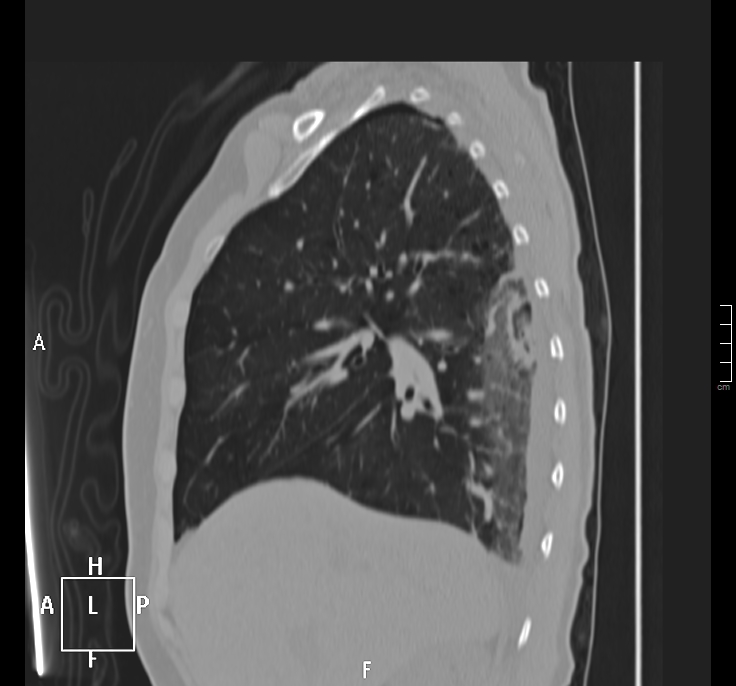